×
Vai ai contenuti
AS A LEADER 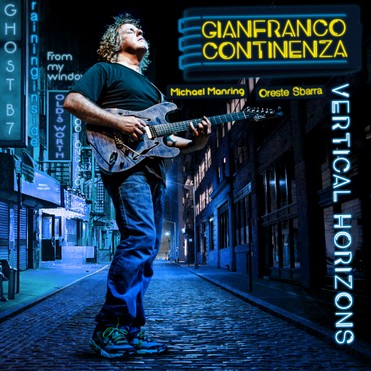 After the successes of the last two Gianfranco Continenza’s albums
“The Past Inside The Present” – ESC Records feat. Bill Evans and Scott Kinsey (that was on the first position of the Top 100 chart of Jazz/Fusion guitar of Tower Records USA) and “Dusting The Time” – Videoradio feat. Bob Mintzer, Mark Egan, John Beasley, Michael Manring, Tetsuo Sakurai, Don Mock (the was mentioned as one of the best Jazz/Fusion Records of the 2014 from the famous american magazine GUITAR PLAYER) Continenza presents his new album “Vertical Horizons” – Never Sleeping Records recorded in trio with the famous virtuoso american bassist Michael Manring and the great italian drummer Oreste Sbarra.

1)Deep sensations
2)With no emotions
3)It’s raining inside
4)Vertical horizons
5)Hold’s worth
6)From my window
7)Too long ago
8)Ghost B7
9)Hold’s worth (acoustic version)
ProduCed by Claudio Citarella - Executive producer Gianni Reale
Compositions and arrangements written by Gianfranco Continenza
Recorded on the 8th, 9th and 10th of March 2019 by the sound engineer Marcello Malatesta at “The Spheres Studio” in Montesilvano (Italy)
Mixed and mastered by Antonio Di Donato at the “A-Sheep Records Studio” in Roccascalegna (Italy)
Artwork by Daniele Aramu
Gianfranco’s photos by Domenico Stratos Photography
The song “Hold’s worth” is dedicated to the guitar genius Allan Holdsworth that I composed for him the same day he passed away.

Liner Notes for Gianfranco Continenza Recording “Vertical Horizons” by Mark Egan
Master guitarist Gianfranco Continenza has assembled a super power trio featuring two world-renowned musicians, fretless bassist Michael Manring and drummer Oreste Sbarra.
The eight original compositions written by Gianfranco are perfect vehicles for this adventurous improvisational outing. His composing skills are constantly evolving and this recording is one giant step forward in his individual composing career. The songs create a varied palette of moods to include high-energy powerful electric journeys to very intimate acoustical moods featuring Gianfranco on acoustic guitar. The thread that ties this project together is the choice of compositions and the interaction and simpatico in the performance between these virtuosos. It’s also interesting to note that all of the compositions are within three to four minutes that makes for very direct and to the point statements.
Even though the songs are seemingly complicated harmonically, melodically and rhythmically, the trio performs them effortlessly while making strong musical statements that allows each player to express their virtuoso styles.
Gianfranco is at his best throughout this recording playing with fresh ideas and his signature guitar style and sound both on electric and acoustic.
As a bassist and fan of Michael Manring, it’s a especial treat to hear him featured in this adventurous trio setting. His sound and grooves are solid as he connects seamlessly with master drummer Oreste and his recorded sound is gorgeously clear, deep and expressive. Gianfranco gives Michael plenty of solo space to feature his virtuoso technique on fretless bass.
There is a deep communication between this dynamic trio and a constant musical conversation as they react to each other while both supporting and leading the other trio members.
This is a cutting edge recording that I highly recommend to fans of both progressive jazz fusion and progressive rock.
Mark Egan 4/15/2019 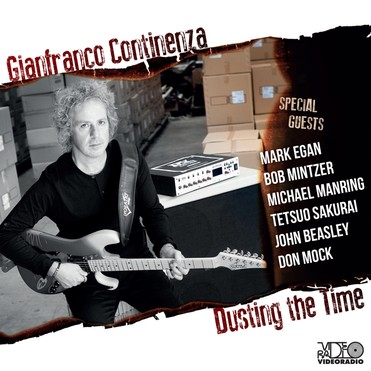 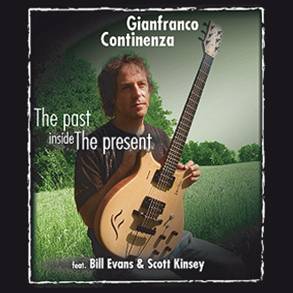 ESC 3725
Gianfranco Continenza
The Past Inside the Present
ESC Records 2008
Compra il Cd:

“On his debut release "The Past Inside The Present" italian guitarist Gianfranco Continenza has chosen fine sidemen who perform his original music with finesse and ease. The music on this recording is a complex fusion of progressive and funky elements. Gianfranco has composed and put together 10 pieces that serve as a launching pad for, at times breathtaking work from Bill Evans, Maurizio Rolli, Scott Kinsey, Dante Melena, and Angelo Trabucco. The abilities Gianfranco brings to this date are formidable. Like many a Musicians Institute alumnus, he has chops of such hyper proficiency a listener can do little but stand amazed - but Gianfranco is more than a capable player: Gianfranco has chosen a difficult complex path for himself but he´s obviously having a gas following it. There´s a light, warm, familiar feeling to Gianfranco´s music. The compositions are well crafted and are harmonically, rhythmically and melodically superb, Gianfranco´s guitar playing was full of energy, exploration and sheer chops. Gianfranco seems to be able to move seamlessly from soulful gut wrenching playing to soaring technically astounding passages.”
Ulrich Vormehr – ESC Records
AS AN ESC RECORDS TRIBUTE PROJECTS
THE LONER 2
(A TRIBUTE TO JEFF BECK) 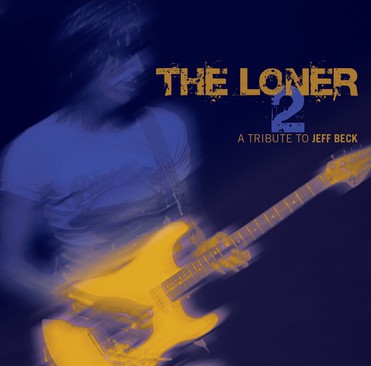 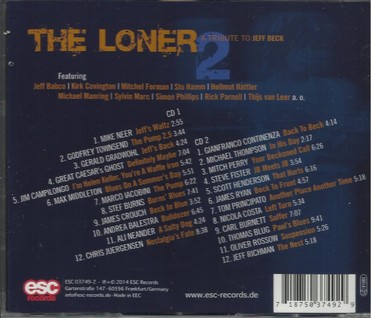 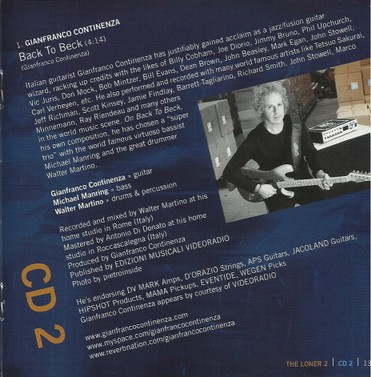 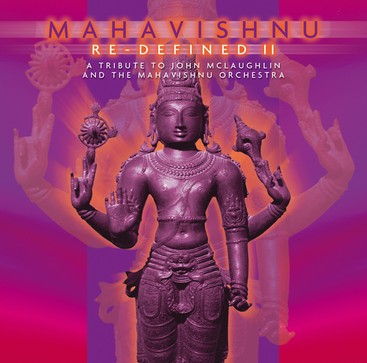 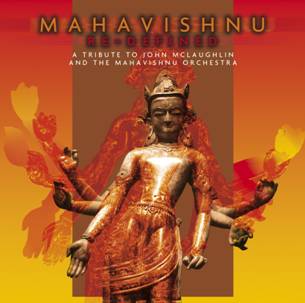 With the rediscovery of jazz and fusion roots by a new generation, the Mahavishnu Orchestra stands out as one of the most influential artists of the genre. This is a brand new and extraordinary compilation featuring an incredibly wide assemblage of musicians, most of whom, although likely unknown to listeners, have not only been influenced by McLaughlin and his Mahavishnu Orchestra, but are going on to create spectacular and unique music that ventures far beyond that of their mentors. Feat. Nguyên Lê, Dennis Chambers, Jim Beard, Jon Herington, Radio String Quartet, Mitch Forman, Billy Cobham, Gary Husband, John Patitucci, Pete McCann, Ron Thaler, Gregg Bendian, John Stowell, Gianfranco Continenza, Mark Egan, Trinity, Mahavishnu Project, Steve Hunt & Lucas Pickford, Pascal Bournet, and many more.
"Gianfranco Continenza is an extraordinary musician and one of the hottest guitar players in Italy. Gianfranco is a real treat to listen to. A great guitar playing, composition, and a really fantastic band that plays together! For the John McLaughlin classic One Word. He is joined by former Pat Metheny member Mark Egan on bass and his long time partners Alessandro Centofanti on keyboards and Walter Martino on drums. These four musicians can handle the pure energy level of the original track.”
Ulrich Vormehr – ESC Records
AS A SIDEMAN 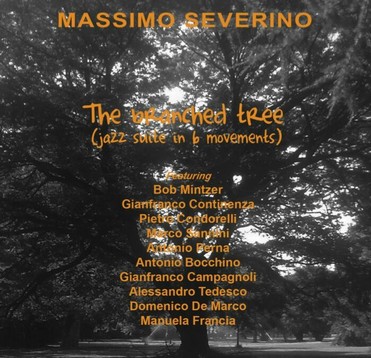 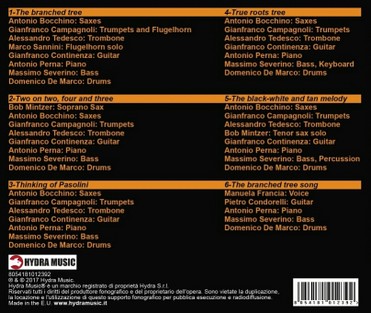 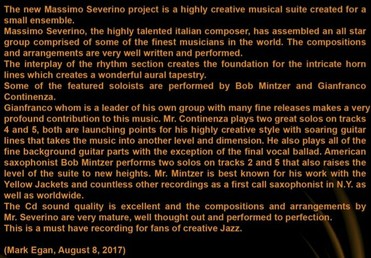 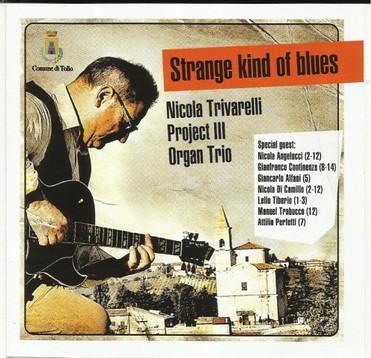 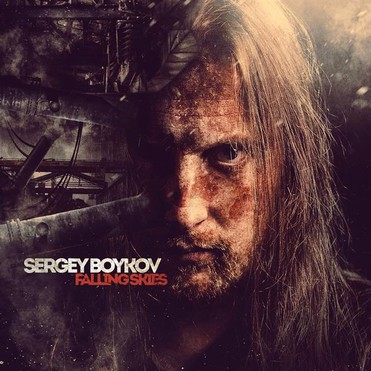 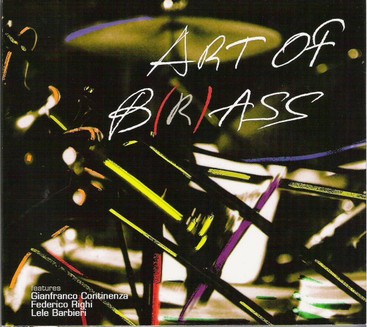